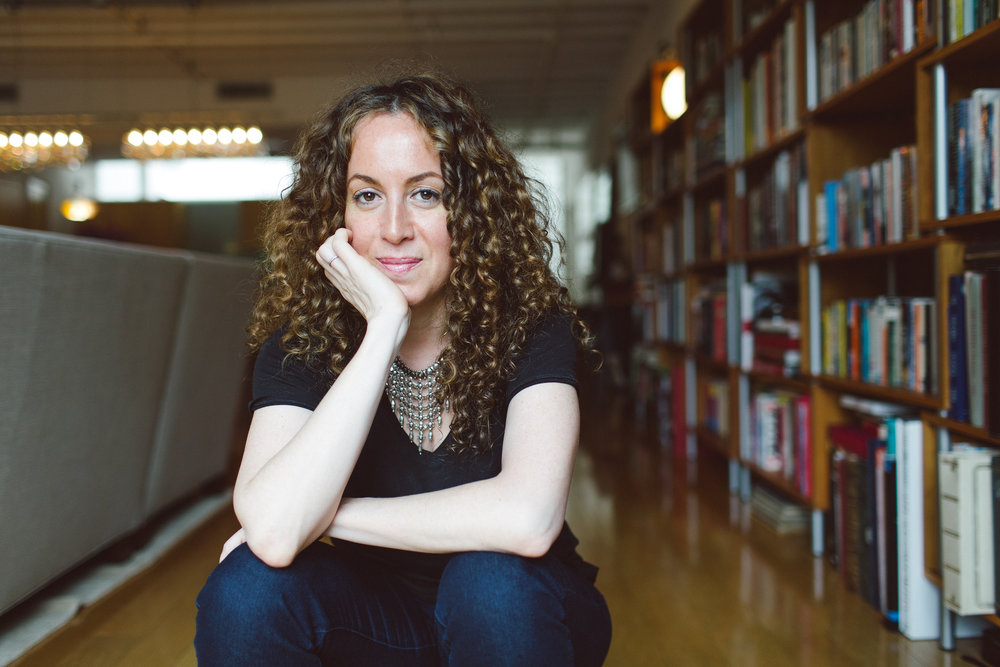 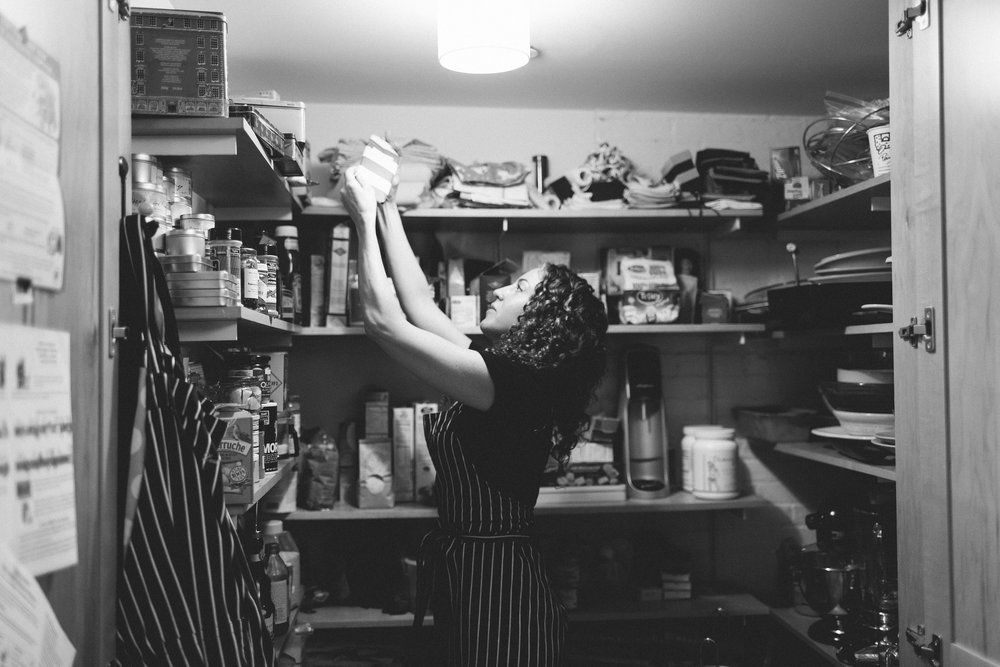 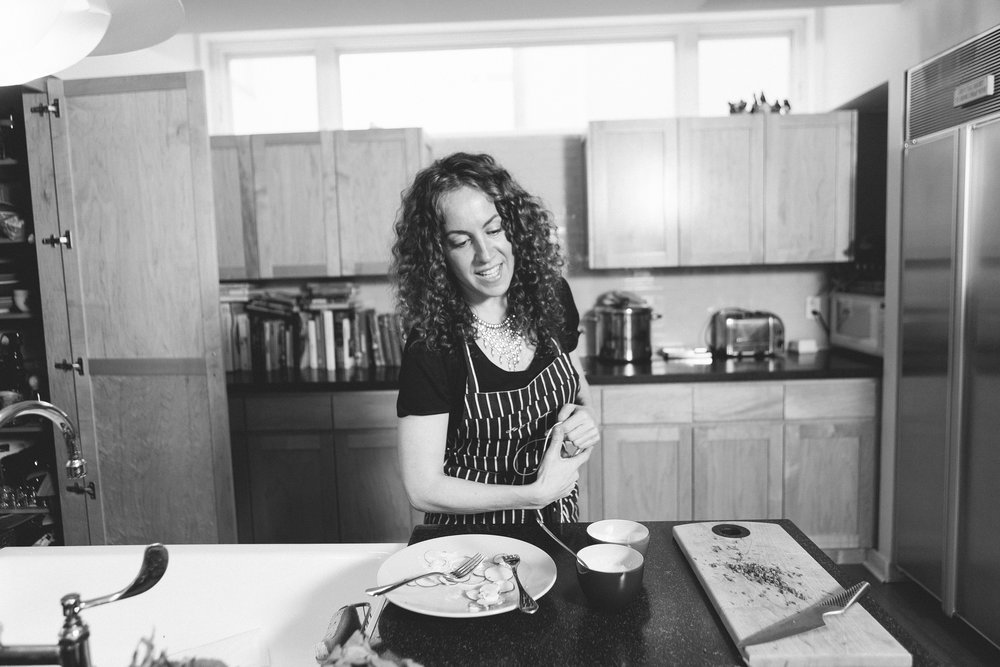 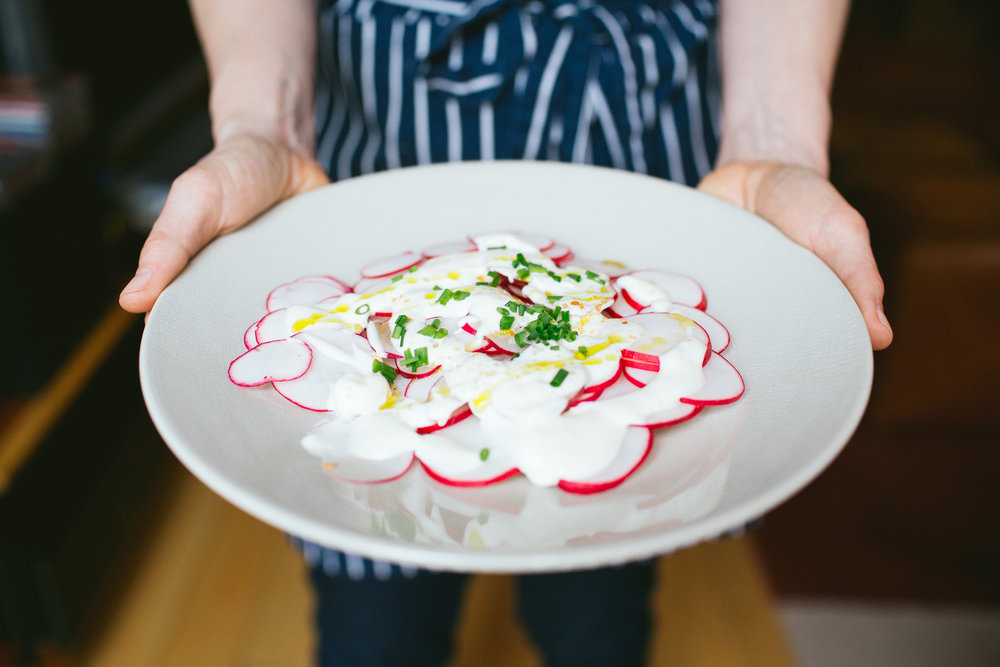 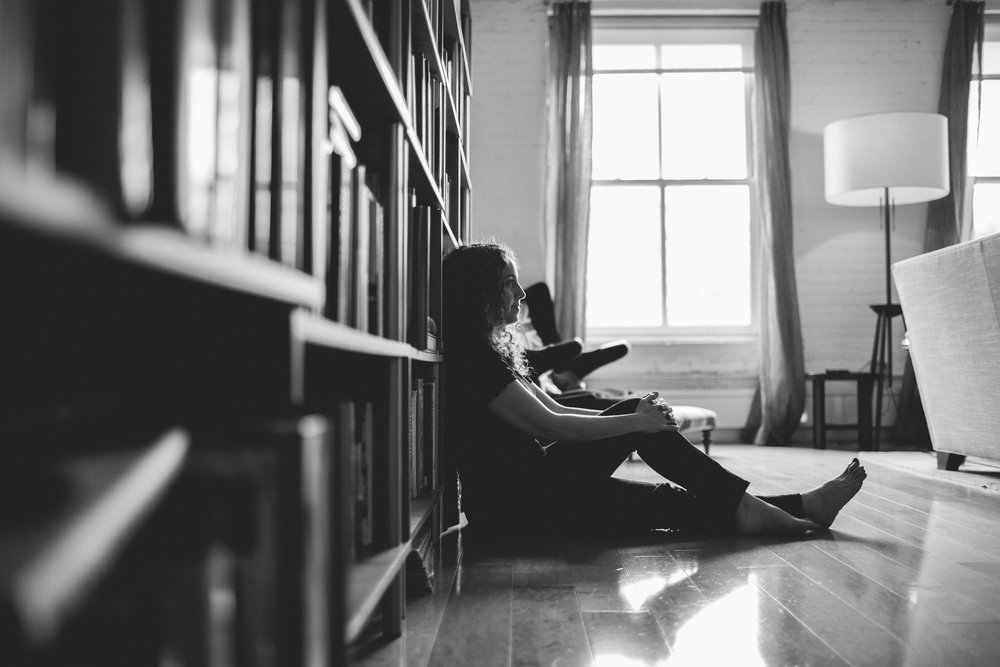 “THERE’S A GREAT LIKENESS BETWEEN CHEFS AND PHOTOGRAPHERS,” says Melanie Dunea, carefully slicing crisp radishes, which she aquired at the Greenmarket earlier that day. “Everybody thinks our jobs are so glamorous,” she muses in the sun-drenched kitchen of her Tribeca apartment. “But they’re incredibly hard working, whether they’re in the kitchen or not.” To wit, the veteran photographer and author of the My Last Supper series cut her teeth as a lighting assistant for Richard Avedon in the nineties where she learned to master her craft both behind and in front of the lens. “Avedon used to have a place where he would have the client sit before shoots,” recalls the Chicago native. “They would sit down, have lunch and look at his books. To this day, no matter who I’m photographing, I will always go get the cup of coffee. I do whatever needs to get the job done.”

It’s this devout work ethic and hunger for adventure that has informed her career and prolific portfolio. For the past two decades, Dunea has shot nearly every culinary great from Batali to Bourdain, conceived two tomes that read one part art book and one part Proust Questionnaire and regularly contributes to a variety of glossies including Vanity Fair, Travel & Leisure and Food & Wine–she’s also launched a travel show with Yahoo. “My grandfather told me that they would not send the same person to write and photograph a story so I better learn how to take pictures,” says Dunea. “I started as a photojournalist and will always be one at heart.” Today, Dunea is the go-to portraitist for knife and Michelin star-wielding chefs, not to mention a close confidante to many. (How many can say they brunch with Gabrielle Hamilton or dine on salmon rillettes with Eric Ripert?) Below, we caught up with the ever-busy author and shutterbug who reveals the best tips she’s gleaned from her culinary colleagues, her take on the Master Cleanse and, naturally, her ideal last supper.

When did you begin taking photos of food and chefs?
Back in 2000, I got a call from Ruth Reichl at Gourmet Magazine asking me to photograph the perforated recipe cards in the magazine. It was the beginning of the whole chef heyday and I started shooting chefs. It was around that point where I started to realize how much I was interested in the food as well.

How did the concept of My Last Supper come about?
I couldn’t find a cookbook that had all the chefs. It was either a Bobby Flay book or a Mario Batali book. So I said to my good friend Anthony Bourdain,” Why isn’t there one book where every chef is in it?” He liked my idea so we went to Prune and Anthony introduced me to Gabrielle Hamilton. We still have a napkin from that meeting where he drew out a map of chefs–how Jose Andres connects to Ferran Adria–and so on.  This was before email existed so I just started to stalk. Nobody replied and one day somebody told me that Jean Georges is required to be at his restaurant two days a week so I waited at the bar and was like, “Hi, will you be in my book?”

Eh voila. So stalking works, noted. Having interviewed these chefs, is there a common craving that links them all?
When you go back to chefs’ last suppers, they’re very telling because it’s a lot of comfort and memory. It’s either simple or super grand. I think that the simplicity is a really big part of what everybody is craving.

What were some surprising last meals?
Nobu wanted Kenny G to play music. Jacques Pepin wanted a hot dog from the cart. Another wanted grape Fanta.

From your experience, do chefs eat healthily?
I wouldn’t say healthy, I would say simply. I’ve seen so many chefs on secret cleanses but it’s impossible. You’re on your feet all day and you’re tasting. At Le Bernardin, they have plastic spoons, they’re walking around tasting and throwing it away. But ask Eric what he cooks out in Sag Harbor and he’ll always have a steak and a salad. He’s not eating sashimi. Gabrielle Hamilton at Prune doesn’t eat all day and then at night, she’ll sit down and have one meal that she really craves and wants. They work so hard so the end of the day is a reward.

What is the most important lesson you’ve learned from working with chefs?
Going to the source for food and the importance of seasonality. I grew up in downtown Chicago and I did not know about seasons. I had no idea that tomatoes had a season. We could get anything we wanted anytime and it was all pretty disgusting. The first time I tasted an apple in England, I couldn’t believe it. It was so delicious. Most of my family lives in Australia. You eat a mango there and you’re like, “Fuck, that’s a mango.”

Plating is important too. Anita Lo said when you plate, the sauce should be a trail. It’s how you want people to enjoy the dish. It’s also nice to have a little green or else it kind of can look like slop. I think color is really fun. I’ll always add red pepper or radish to a salad to give it a little something.

What’s the biggest mistake novice cooks make?
They don’t taste. Keep vigilantly tasting. If you’re not tasting, how are you going to know it’s pleasing to other people? I’ve heard of people chewing gum as they cook so they don’t eat. That’s crazy to me.

What is your favorite thing to cook at home?
I love to entertain and do a potluck. One pot dishes are great so you don’t have to be cooking when your guests are over. I love to prepare a cassoulet or a bouillabaisse. I’ll probably steer away form the rice-y, carb-y thing, I’d rather wait for the dessert. And I love a charcuterie plate and a lot of salads. There will be many accompaniments, of course. It’s all about picking.

Throughout your travels is there one culture you most relate to?
I really appreciate how the Europeans sit down and eat. I remember when I first moved to New York I saw somebody eating on the subway and I was like, “Oh my god, that’s so gross.” Now, I pack stuff with me all the time. If I’m desperate, I eat a granola bar. Once I was sitting on the plane next to a friend of mine and she pulled out three steamed artichokes, that’s really crazy.  I appreciate the respect for the meal and a glass of wine in the middle of the day if you want it. I grew up in a household where we stood and ate. I’ve come to respect mindful eating and spending more time doing it.

How would you describe your personal approach to health?
I’m intrinsically quite a greedy person and it’s completely impossible for me to fathom not trying something. I’m not a one square of chocolate kind of person. It’s the balance that’s the struggle.

Is there a healthy dish you like to make for yourself?
I prepare things and keep them for the week so it’s often a soup. I love a mushroom soup or vegetable soup. I make a lot of meatballs and keep them in the fridge or I just order from Fresh Direct. I love the Pat LaFrieda turkey burgers or hard-boiled eggs. I often put them in my bag when I travel. Once I was like, “Oh my god, my bag stinks!” I realized that I had hard-boiled eggs in my bag.

Is there one non-negotiable that you adhere to everyday?
I go through phases but I try to exercise every day and I love to have a warm drink in the morning. I don’t mean hot water with lemon, I’m no Gwyneth. I mean hot tea. I also never spring out of bed. I have a lot of my best ideas in that half slumber phase. It’s those key few minutes. That’s my indulgence, before the onslaught.

What is your fitness regime like?
I do Tracy Anderson Method. It’s the only time of the day that I’m not thinking about other things because the minute you start thinking of something else, you bump into someone. I never used to sweat and now I sweat like crazy. I can go in there hungover as hell and walk out and feel great.

What is your stance on the ubiquitous juice cleanse?
I’ve done the Master Cleanse for 10 days and felt amazing afterwards, like, “Beyonce eat your heart out!” It’s nice to have those decisions taken out of your day but it’s so damn boring. Occasionally I’ll do a juice cleanse for a day just to be clean. But I’m more satisfied when things are crunchy. I’ve tried so many juice fasts but if there were crunch in juice, I might be able to survive.

What is the favorite thing in your pantry right now?
Anchovies and sardines from France. I like them right out of the can. I also love Lambrusco vinegar from Fairway and my friend Mary Louise Parker’s maple syrup, which she made as Christmas gifts in honor of her father.

Do you have a new foodie discovery?

Portuguese olive oil from George Mendes and pepperoncini oil, which my friend smuggles from Borough Market in London. I put it on ricotta or anything bland.

Describe a day in the life of meals.
I’ll usually have a really healthy breakfast like a yoghurt or one of Tracy Anderson’s shakes. Today I had Siggy’s yoghurt with a tiny bit of maple syrup and vanilla in it. I need a little sweetness. Lunch is usually a salad or chicken paillard. If I’m home, I’ll cut up fennel and put anchovy over it. Then dinner, I’ll try to stay away from a baked potato and have fish. I try and navigate restaurant menus as healthily as possible. And then, of course, I like to drink.

What’s your cocktail of choice?
A Negroni, but I love whiskey and wine. The drinks are always allowed.

Okay, the inevitable question. What would your last supper be?
For me, it’s always changing. How many times do you think, this is my favorite yoghurt and then you taste a new yoghurt, or this is my favorite anything and you taste something new. I would much rather be in a situation where we’re all having a bite of lots of things rather than just be stuck with one thing unless it’s a steak and it’s mine. But today, my last supper would feature a few truly delicious things. The salmon rillette and caviar foie gras from Le Bernardin, a sausage from France, a great baguette and cheese, a glass of wine and a port and then maybe a whiskey. I just want a lot. I’m a consumer.

What are your pantry must-haves?

Cheese knives, aprons, cloth napkins and place cards. I’m very into where people sit and I keep them for when they come back. You can organize the flow and entertain.

You have quite a social media following, any pro-photography tips for Instagram?
Be meaningful, you’re just telling a story.

Are there new chefs or culinary scenes that are exciting you right now?
I’m very impressed by Prune and Gabrielle Hamilton. She just changed the entire menu in one day and for her to keep that restaurant going for so long is amazing. I also think there’s a lot of good stuff coming out of the south. They’re so passionate about tradition. They’re not doing this molecular stuff. I was in Oxford, Mississippi just to eat ham and barbecue. It’s definitely not good for your heart or ass, but it’s good for the soul.