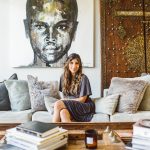 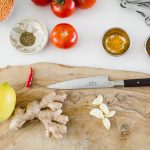 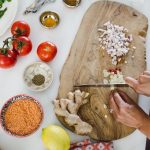 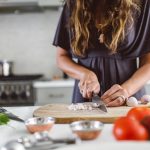 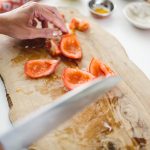 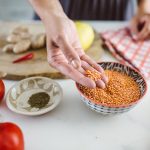 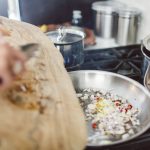 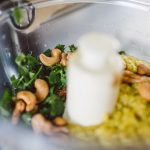 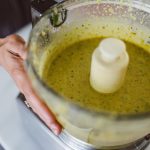 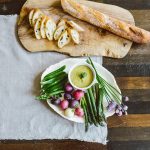 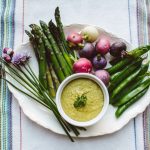 ALIYA LEEKONG’S COOKING BRINGS TEARS TO MY EYES. No, seriously. A generous dash of thai green chili leaves my eyes sweetly stinging and my appetite expanding. I’m not skeptical of her flavoring; this author, chef, mother and cooking connoisseur has a growing collection of herbs and spices from around the world to match her impressive culinary training. Having studied at the International Culinary Center before staging at Per Se, Devi, Jean-Georges, and eventually being named Creative Culinary Director at New York’s Junoon, Aliya is a veteran of a high caliber. Her travels have taken her to every corner of the globe and back, bringing with her an expansive knowledge of international delicacies and a bevy of cooking and entertaining tips, which are outlined in her 2013 cookbook, Exotic Table: Flavors, Inspiration, and Recipes From Around the World- To Your Table. Those lucky enough to experience the fruits of her labor will be glad to know they’re clearly taken care of. “I have this immigrant parent mentality, so the thought of running out of food is the scariest thing I can think of. I don’t let it happen,” she says. True to her word, this Florida native fuses local ingredients with worldwide treasures (think spices such as Huacatay and Persian saffron) to pay homage to her multicultural background and unite people of all backgrounds over the dinner table. Here, Aliya takes us into her world of dominating all-male kitchens, boutique food sourcing and indulging the hell out of dessert.

What do your family’s typical meals look like?
I grew up in suburban Florida, where we constantly went to Wendy’s and Chick-Fil-A. But after having my daughter, it changed everything. She eats vegetarian throughout the day and one animal protein at night. At one point I got really freaked out about her exposure; we [as humans] don’t need as much animal protein as we eat.

How does your daughter’s diet influence yours?
I try to do mostly vegetarian throughout the day and then at night I’ll have my animal protein. My portion sizes have shrunk and I’m really vigilant about everything we source now being organic and local. I shop local as a chef, to the point that, if something’s not there, then I’m not getting it. I’m much more about it than I was before.

When I cook for [my daughter], we’ll make two or three grains a week, two or three vegetables, we’ll do it in bulk and then we’ll freeze. I never used to freeze before my daughter. Now we’ll freeze meatballs and turkey meatloaf so that when I feed her throughout the day we’re covered on all bases. I also make a lot of daal and soups during the week. I find that lentils really fill me up, versus just a salad.

Where are your favorite local restaurants?
I love Walter’s in Fort Greene (and Karasu, the Japanese sake bar hidden in back.)

What was your mission in writing your cookbook?
The title Exotic Table, for me, was a bit tongue-in-cheek. I try to lay it down in doses; you need to still have a market to cook for people in. My biggest thing is: cook. Don’t buy your food out every day, just cook for yourself.

What does your food sourcing look like?
On Saturdays at the market, I’ll get a slew of things for the week. If I’m in the city and I know I’m doing a fish recipe later, I’ll go to a fishmonger to get it. These people specialize, so they know more and have higher quality foods. I love Fresh Direct for certain everyday things, but the quality can be touch-and-go. I don’t buy anything in plastic that much.

How did you first get your foot in the kitchen door?
Inevitably, there are always people you meet. They’ll say, ‘come do this with me’, ‘come here with me!’ When I went to Goa, my aunt lived there. So she would walk into restaurants and announce, “My niece is a chef. Can she come in here and watch?” Or I would stalk chefs, asking to come in a cook for a week. “You don’t have to pay me, I just want to learn!” Budgets are so tight in restaurants; if you’re working for someone and they’re paying you, they want every second of your time to be dedicated to the kitchen. If you’re asking questions, they’re wondering why you’re wasting that time. Whereas if you go in staging, you are there to learn. Its an accepted tradeoff; you’re simply learning and taking ideas and techniques. A lot of my unique experiences came from that.

Where have you staged?
Per Se. Jean-Georges. A lot of places that I’ve staged, I’ve ended up working at; it just works out.

Have you found those places to be male-dominated kitchens?
It can be pretty awful [laughs]. Now there are so many more female chefs and the dynamic is changing. Particularly in the old-school French kitchens, it’s just what it is. You just need to learn to navigate. I never felt compromised in any way, though. I was a really hard worker. I also knew that nothing I did before cooking really mattered. It was just about my product and what I could do in the kitchen.

What did you take away from working in those kitchens?
I think what cooking in restaurants does is gives you body memory. I’m listening to the sound of this sizzle, and smelling to make sure it isn’t overdone. But also, in certain restaurants, people refer to the “elevation of a cuisine,” which I find a bit insulting. Who’s to say it needs to be elevated, if it’s the cuisine that people have been eating for hundreds of thousands of years?’

Take us through a healthy day in the life.
I start my day every morning with a protein shake. I use Vega vanilla protein with homemade almond milk, matcha, cinnamon and a shot of espresso. I try to stuff it all in the morning. In case the day goes awry, I’ve already had 20 grams of pea protein! Usually I’ll have a handful of nuts before Tracy [Anderson Method]. I exercise from about 9am-11:30am. It’s challenging, but fun. Once you see results from an exercise, it’s hard to do something else. From the beginning, I saw results. I’ve been doing it for six years! It has changed my body. I enjoy dance, so it’s nice to have that part of my routine. Plus the heat, that detox, feels really good.

Do you have any self-care treats for yourself?
I get massages at Soho Sanctuary and go to Satori Holistic Center for reiki, acupuncture and shamanic healing.

What do you like to snack on?
I’m one of those people who is constantly eating little things throughout the day. I’m obsessed with pickled chili peppers that I do myself. So for lunch, I’ll pickle chili peppers and do a quick sautee with spinach, roasted garlic, and chickpeas. It’s a quick mashup and it fills me up. I’m grain-free lately, but occasionally I’ll add a slice of Udi’s gluten-free toast. I snack on popcorn, Kind bars and peanut butter with celery. I try to carry around little nut packs with me. Plus a lot of iced coffees with almond milk.

What about dinner?
Dinner is always a protein with vegetables- sometimes with a grain, sometimes without. For me, it’s about technique. If I’m making chicken, I want a good roast chicken with spices and I want the skin to be crisp. If I’m making artic char, I’ll do it low. If its lamb, I’ll score it like a duck breast to get that charred crispy lamb. Often times for dinner I’ll use my cast iron skillet to sear a protein and then I’ll cook my vegetables in there afterward to absorb all of the flavor.

What is your biggest indulgence?
It’s more about the experience. It should be a celebration! The worst thing is to go eat and then say to yourself, ‘Damn, why did I eat that.’ Indulge, but make it worth it. I don’t do synthetic sweeteners. If I want sugar, I’ll have unrefined sugar. Honey toasted-pecan ice cream is a big one. I definitely indulge, but day-to-day, I’m healthy.

Callie is a contributor to bonberi.com